My Dinner With Aubrey 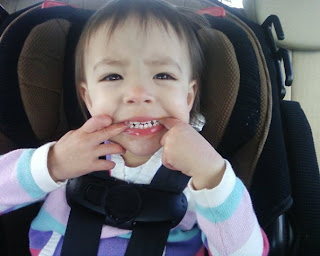 It has been a long week of my nanny being on vacation and my ex being out of town, simultaneously. This leaves Amy to do it all by herself and if you were in the same restaurant as me and my 23 month old daughter this past Friday night, my most heartfelt apologies go out to you.

In twenty days I will have a two year old. AHHHHH! So many milestones in the last two years – first steps, first words, first “I love you mommy.” And to think only three years ago, if you told me I would be a single mom, living in the Valley I would have laughed in your face and run you over with my two-seater convertible. Well, time certainly marches on and this past Friday, my little Aubrey and I hit another milestone, together. A BIG one.

For the first time ever, I had to take her out of a public place for throwing a tantrum, and go home. I was enjoying a casual dinner at a restaurant with a friend and her older girls (10 & 13) and everything was going great. Food was ordered, beer was delivered and Aubrey was happily snacking away in her high chair, playing with the big girls. Then, chaos ensued…

NOW, to Aubrey’s credit, I’ve determined that it wasn’t actually a temper tantrum. I believe she went berserk from a sore mouth (2 year molars?). She bit into something that really hurt her and she just couldn’t bounce back from it. My little angel let out a series of blood curdling screams that made every head in the restaurant turn and stare, jaws agape, sneering looks. My friend’s daughter even covered her ears. It really was loud.

Take out number one. Exit to the sidewalk for some calming down and walking around. Once the crying subsided, I returned to the restaurant, put her back in her high chair and the screaming fired up again. Take out number two.

Cut to return to the restaurant a second time… I tried to get Aubrey to sit on my lap, to let me take a bite of food, but she wasn’t having it. We moved across the small restaurant to an empty table and she did finally relax, but not enough to stay. My friend kindly brought me my beer and my dinner in a to go container, packed up my diaper bag and brought it to me and after chugging half of my beer, I hit the trail for home.  I was bummed since I was REALLY hungry but more importantly, I had to leave half a beer.

Five minutes later, at home, my child was happy as a clam – playing nicely and watching Noggin. She even let me sit down and finish my dinner. This was all new and it really did suck, but I promised myself a long time ago that I wouldn’t be one of those people who drags their kid everywhere and forces the whole world to deal with their unpleasantness. I chose to have the child, I will be the one to deal with her unpleasantness and it is my job to teach her how to behave in public. All toddlers throw tantrums or act inappropriately in public at times, but the parents and caretakers have to remember who is in control, even if it means sacrificing a meal and time with a friend.  This is simply my opinion.  I get that there are many schools of thought on the matter, but can’t we all agree that no one wants to listen to screaming in a public place? While I do have more sympathy for parents out in public with surly toddlers than I did in my pre-mommy days, I still think they need to pack it up and go at a certain point. PLEASE!

Cut to 9:10pm. I started writing this earlier in the day during my daughter’s nap, but wasn’t able to finish until now. My daughter is in bed, recharging her toddler battery, dreaming of pony rides and Yo Gabba Gabba. We had another nutty day today, as Aubrey is trying to decide whether or not she wants to be a one or two nap-a-day girl. Makes for some crazy behavior in the evenings and I just got done cleaning pee off my kitchen floor. Half a bottle of wine awaits me. Later skaters! 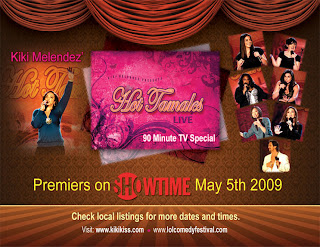 WHO Is Watching You?!

A friend told me that once, during a trip to Japan, he witnessed some children misbehaving at a public water fountain and the parents didn’t notice. Some random adults took the children by the arms and led them to their parents and told them they were acting inappropriately. The parents bowed deeply and apologized and thanked the people for letting them know. It takes a village, right? In the US, this would never fly. In fact, I’m pretty sure there would be lawsuits involved. Sometimes my village feels like the place where they sent all the town fools.

I am very fortunate to live walking distance to a great park and just another quick jaunt down the road to a shopping mall with an indoor play area. My girl is a running and climbing toddler now so we take regular trips to both locations, according to the weather.

During these outings, I’ve encountered an irritating and disturbing trend… young children without their parents or care takers around. Maybe this has been going on for years here in the greater Los Angeles metro area: young children running willy nilly around public places sans supervision, and I’ve only noticed it in the past two years, since I’ve become a mother.  Or maybe I just need to let MY kid run around willy nilly. Maybe I’m being hyper-vigilant with my two year old because I’m a first time mom. I’ll set the scene and you tell me.

Scenario at the park:

I am blowing bubbles for my little girl at the playground. Two little boys, approximately 3 and 4 years of age, run up and decide to jump and play in the bubbles with her. I’m down with this until the little one decides to completely get all up in my bubble blowing grill. He starts demanding that HE be the one to blow the bubbles, practically grabbing the wand out of my hand and his brother started throwing sand at my kid. Neither child speaks English. I don’t speak their language. The younger one communicates everything with an insisting “UH UH UH UH!” This is the point where I start looking for their mother. I ask the boys, in very broken other language (I don’t want to get doo-doo for being racist, but just trust me, in L.A. I’m often the ONLY person speaking English at the park on any given day and I actually like it that way), “Where is your mommy? Your mommy? Where?” Neither one answers me. There is not an adult associated with these two little boys anywhere to be seen.

Here is my dilemma: I’m sick of these rude kids but I don’t feel right leaving them there at the park alone. If I were a perv or a child murderer, it would have been so easy for me to have lured those kids and grabbed them. Any creep with some candy or a cute puppy or bubbles could have had those little boys in a matter of minutes.

I spent over half an hour waiting at the park with my little girl before a woman showed up who seemed to actually be their MOTHER! WTF? She told them it was time to go and off they went. No “thank you for babysitting my unruly children for free while I sat in the car and smoked a joint or whatever the hell I was doing”. Nothing. Didn’t even acknowledge me.

It just bugs me. Why don’t some people watch their children? I’m all for letting your kids explore and learn on their own, but they need to be supervised. I don’t know if I did the right thing by staying or not. Maybe it’s just not my problem. Maybe I need to care less. Or maybe stupid people shouldn’t be allowed to have children, but as history has shown us time and time again, stupid people just keep having babies. And lots of them. So, I don’t know. What’s a socially conscious, responsible human being to do? I guess just sit around and wait.