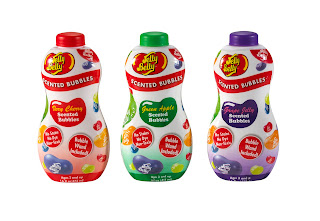 Hey There! For all of you Easter Bunnies out there, I just found out about a fun new basket goodie that’s a nice alternative to the typical sugar overload – Jelly Belly brand has new scented bubbles! Woot!


Aubrey is almost four now, so she’s healthily obsessed with candy. I can’t blame her, I love candy too, but I do limit the amount of sweets she gets. Easter is just around the corner and while looking for a candy alternative for her basket I found these new Jelly Belly scented bubbles and I think they’ll be a big hit so I wanted to pass on the info!


I think most preschoolers like bubbles and what kid wouldn’t like a bubble that smells like a fruity sweet Jelly Belly? The bubbles come in a four different styles and each in three different colors/scents: 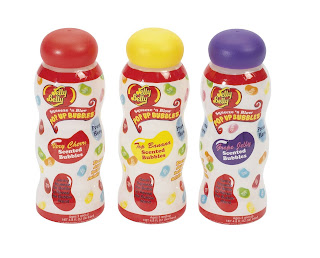 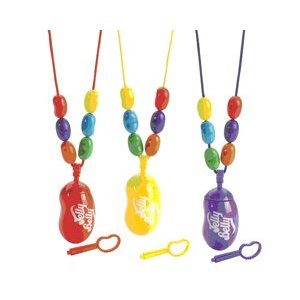 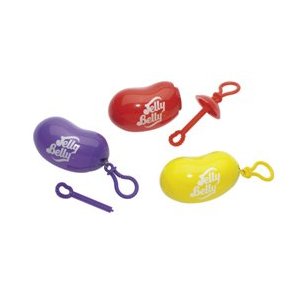 All of these products are available in Very Cherry, Grape Jelly and Top Banana scents and  also look for the other new Jelly Belly Scented products: Body Wash, Nail Polish, Moisturizer, Ice Shaver, Stationery and Candles, all available on Amazon.com


I know Aubrey is going to go nuts for these in her basket and hopefully they will distract her enough to allow me to eat all of her Resse’s Peanut Butter Eggs and malted milk ball eggs. Hey, what’s the point in having a kid if you can’t put YOUR favorite candies in their Easter basket?

Greetings from Marshall, MN – the southwestern part of the state! A big chunk of the Midwest got hit with a snowstorm overnight and lucky me, it includes all the areas I’m currently in and supposed to be driving through today and tomorrow.
When I checked forecasts before leaving CA, it didn’t look like this kind of weather was going to happen, so I didn’t bring any gloves or a hat or even my regular winter jacket (smart, Anderson) but I’m a true Minnesotan at heart. I’ve had my cheap hotel waffle and a hot beverage and I’m ready to brush off that car and head to South Dakota! Nothing can stop my comedy. (Except maybe a Krispy Kreme donut.) (Or a little more snow.)

My Big Run In With Small Town "Law"

I’m going to warn you right now: This post is a rant.  You have been warned.


I’m on tour this week, traveling through the heartland of our great country – northern Illinois, Iowa and South Dakota.


Yesterday, while driving through Mason City, IA I decided to stop and take a gander at the Frank Lloyd Wright Stockman House.


While crossing the main street in town, in my rented Ford Focus, I passed a car. It was a student driver car and it practically came to a stop in the middle of the intersection, so I passed it on the right hand side.


Now, before I proceed with the rest of my charming small-town story, I’d like to note, it was Sunday afternoon and it was cold and gray. There was almost NO one outside and no one on the roads. I was probably driving about 20-25 mph at the time I passed this guy. I have a 100% clean driving record and in 22+ years of driving have only been pulled over twice for speeding and received only one ticket about 9 yrs ago. I’m far from being a reckless driver.


After the barrage of honks subsided, I realized this clown was now following me. When I got to The Stockman House, I parked at the curb and this self-appointed douche bag vigilante did the same and proceeded to get out of his car and approach mine, motioning to me to roll down my window like he was some sort of cop.


Now, in hindsight, it was at this point I should have just driven away, but honestly, for all I knew in a crap-hole town like Mason City, IA this guy maybe WAS the cop, so I thought I’d hear what he had to say.


At that point he told me I passed him illegally back at the intersection and he already called it into the police and it was probably going to cost me a $500 ticket. OK, so in hindsight, THIS is when I should have told him to told him to stop harassing me and driven off… over his toes.


He was condescending, he kept insisting I was from Alaska (apparently Alaska and South Dakota licence plates look alike?) and he was attempting to intimidate me by saying the police know him and he reported it so they might want to talk to me now… blah blah blah blah blah. Oooh! I’m shaking in my boots Mr 65 Year Old Fat Driving Instructor man.


This was one of those situations where I can now think of a million “should haves” – after the fact. But at the time I was so shocked and amazed at what was actually happening that I was kind of speechless. I also tend to be way to nice to people, overall, but I’m thinking of abandoning this policy.


I really don’t like to pull the race card or the female card, but let’s face it – people are fucking racist and sexist in this country. I’m not saying it’s so much better in other countries, but it’s 2011 and it’s time for America to get its shit together. If you can’t treat your fellow Americans, who aren’t the same as you, with respect then go back to where YOU came from.


Was this a racist incident? I don’t know but I’m leaning toward yes and I guarantee you it was a sexist incident. There is no way that fat, somewhat elderly white man would have had the balls to approach and verbally assault and threaten a grown OR young white man or man of color, or probably even a black female – because of FEAR. But a small, young looking Asian woman? That’s someone he felt he could take and he even admitted to me, after I talked him out of his arrogant tree, that he thought I was “much younger”. Thanks for the compliment pops, but I’m not some scared little FOB girl you can frighten, although I did let him waste WAY too much of my time.


I’d like you to take a look at the demographics of the sweet town of Mason City, IA:
http://quickfacts.census.gov/qfd/states/19/1950160.html


Mason City, the much beloved town of Meredith Wilson’s The Music Man,  is a bunch of uneducated, middle aged-elderly white people. So why am I shocked that I have some sort of questionably to blatantly racist incident when I am in smaller towns in Iowa? I need to give small town Iowa more credit for what it is. Small in more ways than one.


Last time I was in a small town in Iowa, I sat in a mom and pop diner and listened to two women behind me go on and on about how much they disliked some “oriental” guy because of the way he smelled and dressed. And he wasn’t just an “oriental” guy, they literally said he was “some kind of oriental” and the disdain in their voices was blatant.


In all fairness, it’s not just Iowa. Iowa is just on my shit list right now because I’ve been there a lot recently. I’ve had shady incidents all over the country but particularly in the upper Midwest. This is espeially disheartening to me because I grew up in Minnesota and I hated it for this reason, 20+ years ago! I got teased a lot as a kid and I couldn’t wait to leave, but I hoped it would have changed a bit by now. I guess not?


Probably the worst racist incident I’ve ever had was when I was living in South Minneapolis. A woman in a truck got mad at me for not letting her cut in front of me in a long line of cars at a light. She rolled down her window and started screaming at me, “You stupid chinky bitch! You people can’t drive because of your fucked up chinky eyes! Learn how to drive you stupid chink bitch!” She went on for the entire light. The best part is when I started to say something back to her, she would roll up her window. All racists are cowards.


With all the recent racism against Asians and Asian Americans highlighted in the media (the Alexandra Wallace video, the negative Japanese earthquake responses, Gilbert Godfrey jokes on Twitter, etc) I admit I’m a little on edge. I’m tired of being treated like a foreigner in my own country. I’m tired of having to politely answer ignorant questions and educate stupid people in awkward situations. I’m sick of reading friends’ blogs and finding out their little children are being called niggers and chinks on the playground. None of this is acceptable and if you think people of color, people who are gay, people who are non-Christian are ruining the United States then GET THE FUCK OUT and find yourself a better place to live. YOU are the ones ruining this country. You are the ones spreading hate and fear, brainwashing your children with the same poison. SHUT UP! I feel sorry for your kids and it pisses me off that you think you represent “Christian” values when all you are is the devil here on earth. People who live out a true Christian example are embarrassed by you. Over 75% of the people in the US identify as “Christian” but I sure don’t see 75% of the people in this country acting like Christians. And yes, yes I did go there. Don’t get your undies in a bunch. Or do. I don’t really care.


And for those of you who aren’t bigoted a-holes, it’s still your responsibility to teach your children to treat all people with respect and kindness. If you don’t teach anti-racism and anti-hate to your kids, then it’s open season on their minds at school, on the playground, at the mall – they will be taught by someone else. If that’s what you want, then say nothing and act like it dosen’t affect you so it doesn’t matter.


And to my white friends who act so shocked and surprised when I tell them these things happen, well screw you too. Believe it and be part of the solution.


I’m now going to brave some cooler temps and go for a run outside in Madison, SD. This town is one tenth the size of Mason City, IA. Let’s hope things so smoothly.