Quick note to announce the move is finally DONE! Well, just the moving part. Last week, I packed my toddler, my chihuahua, my boyfriend and all our crap and we moved 10 miles down the road. We found a more affordable, nicer home in a great neighborhood with awesome schools, closer to boyfriend’s office and child’s father so… duh. We moved. Loving the new place so far, but as with any change there are pluses and minuses. Here’s what I’ll really miss:

– Futher away from Vietnamese and Korean food and my favorite grocery store, Fresh and Easy. Sigh
– We are in a town home community so it’s a little harder to deal with parking. No private driveway
– Little further away from a park with a playground, but still within walking distance (hey, I have to be lazy sometimes)
– Most of all – my friends. I had 4 really wonderful friends just within a mile or two of my old house. The kind of friends you could call on last minute either for a favor or for a lunch get together. The kind you leave a spare house key with. I’m only 10 miles away now, but it does make a difference having good friends really close by.
I’ll just have to keep the Girl Scout song in mind. That one about making new friends but keeping the old. I was never a Girl Scout (my mom wouldn’t let me) but the song is a good one. I’ll have to make some new friends over here, deeper in the Valley and in the meantime, I’ll work really hard on convincing my old friends to move out here.
Oh – ASIAN AMERICANS! The 2010 census form! If you haven’t filled it out and sent it back in yet, get on the damn ball people! An accurate count can help us receive our share of over $400 billion in annual federal funds for services our community needs. Unfortunately, past decades have shown that Asian Americans are among the groups most likely to discard their Census forms. Please do your part and fill it out, send it in. Still freaked out? Here…
Fill In Our Future is a campaign created by AAPI Action to promote and encourage the participation of the Asian American community in the 2010 Census. Their website, fillinourfuture.org, features frequently asked Census questions, in-language resources (in over 24 Asian languages), informational brochures, sample Census forms, in-language assistance guides, celebrity and community leader PSA’s (Public Service Announcements) and monthly contests and giveaways. The larger campaign also includes media and community outreach, workshops, a speaker’s bureau and training seminars. No excuses! Represent and do your duty! It only takes a few minutes.
PSA over. Anderson… OUT!

Just because I don’t sit in a cubicle or work a 9 to 5 doesn’t mean I don’t work. Telling jokes on stage is only one part of my “job” and being a mom is another part, only the mom portion of my work hasn’t made me a dime yet. What the heck?! 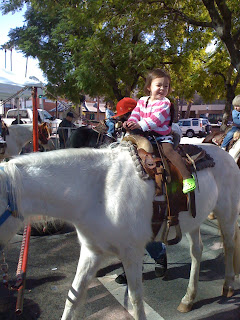 Trip to the farmers’ market: FREE
Pony Ride: $4.00
This goofy little face: Priceless
Response to little girl’s pony addiction: “Ponies are for people on the Forbes list.”
The new 2010 Forbes “Richest People In The World List” just came out on March 10 and I was shocked and embarrassed to discover, once again, I’m NOT on it. Whaaat?!

Seriously, if they had a “Most Money Spent On Pony Rides” or Highest Number Of Times Purchased the Wrong Size Socks For Their Child” list, I’m pretty darn sure I’d be on it.

The list made bigger news than usual because a new guy, a Mexican guy nonetheless, has dethroned Bill Gates which has only happened, I believe, 3 times in the last 15 years. Don’t sweat it, Bill. 2010 ain’t over yet.

While discussing this rich people list, my boyfriend began to read a list of the Forbes richest women in the world, pointing out that most of these gals inherited their money. Also, there aren’t any women in the top ten of Richest People In the World list. In fact the richest woman in the world is Christy Walton and she comes in at a paltry 12. The only other woman in the top 25 is Christy’s sister-in-law, Alice Walton, at number 16 and she’s a real winner – killed a 50 year old mother of two while drunk driving in 1989 and was never charged or cited any fines. She was then cited for drunk driving in 1996 and it cost her $925. I should mention she’s an avid horse woman. She should stick to driving horses.

After bickering with my boyfriend about this incongruent comparison of lists – richest men vs richest women – I got to thinking of how there will probably never be women at the top of this list and the women’s list will mostly be filled with heiresses.

They are a myriad reasons why this is the case but the one that stuck out to me is that in order for a woman to achieve that much financial success on her own, she pretty much sacrifices her femininity. She has to become one of the boys and this means, among many things, not having children. Most of the richest women do not have children and many are not married. Although about half of the richest men also inherited their fortunes but Forbes (nor my boyfriend) managed to make a point of it like they did about the women.

So this brings us to the good old, “Can Women Really Have It All” debate. It’s an old one and there are no cut and dry answers, but it seems to be much harder for a woman to make a giant pile of money than it is for a man. Can we just agree on that? The question for me now is, “Should I care?”

I’m a comedian which is a very male dominated field. Both men and women asked me all the time if I was going to quit performing when they found out I was pregnant. When I answered no, they asked if I would take the baby on the road with me! Please! No man comedian who is a father has ever been asked these two questions. It’s just assumed a man will go about progressing in his career field after a child is born whereas a woman will probably quit working or if she’s the breadwinner of her household, like myself, she’ll magically take her child to work with her into smokey comedy clubs and remote college campuses and somehow do shows and watch her child, simultaneously. Sure. I’m just THAT amazing.

But as I bust my single-mom hump and spend every penny I make on child care, rent and insurance (and pony rides), just like most Americans, I can’t help but feel guilty about not being with my daughter more often. I can’t help but wonder if I’m screwing up her life by traveling for a living. How is it that men can work and work and work AND have kids and not sit at their desk or on a plane, wondering if their kid slept through the night or did they poo-poo in the potty this morning? How is it that men manage to have both, both but only have to “do” one? Those silly, smart men with their robot-like emotions.

As I ramble on, I’m not claiming to have the answers to any of these open ended, rhetorical questions and I’m not implying that fathers don’t love their children. And I admit, I’m a little jealous of the heiresses and the men who get everything, but at the end of the day I’m not drinking my life away because boo-hoo, I’m so rich and I can’t take it, I’m glad my daughter actually recognizes me when I come home from work. I have accepted my role as working mom and I’m proud to be able to put food on the table for my daughter and me, but it can be hard. Super duper hard. At this point, I won’t be leaving a fat trust fund for my daughter but at least I can say I gained my child’s love the old fashioned way. I earned it. 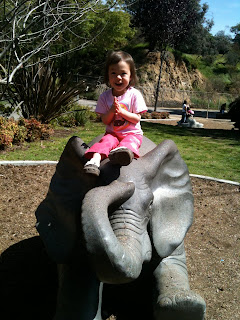 Sorry I haven’t been writing. I have been dealing with my toddler’s sleep issues, my ex’s, um, ex issues as well as getting ready to move and being on the road. Life has been beyond crazy lately. I’m not sure why I haven’t jumped off a bridge yet.

Good thing is I found a great new place to live that is going to save me some rental bucks, an AMAZING pre school for my daughter (fingers crossed we get in) and I have some fun shows coming up with friends and then shows where I get to visit friends and family.
I’m so tired right now that I’m not even sure what I’m writing and my allergies (or maybe I’m sick? I can’t tell anymore) are making me so insane I broke down and made an appointment with my Chinese American acupuncturist/herbalist even though I can’t afford it right now. Must be able to breathe and function like a human at least, right?
So, more will be on the way shortly. In the meantime, here’s an adorable picture of Aubrey to keep you satisfied. Awwww. So cute!