My super duper amazingly awesome little Aubrey turned two last weekend! We had a big “Yo Gabba Gabba” themed party here at our house and almost all of Aubrey’s favorite people were able to make it. Here are some photos from the party and her enjoying some of her birthday loot the days following! Thank you to everyone who came and all the kind birthday wishes for my special girl! We really appreciate it. 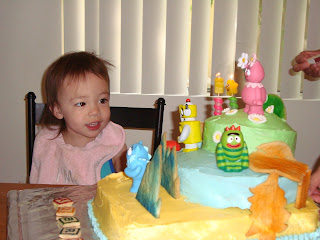 The Yo Gabba Gabba cake! This took a while to make, but was really fun. 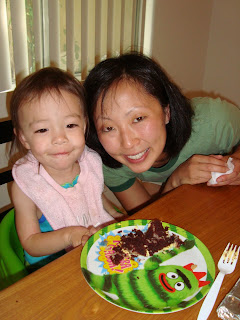 Aubrey and Mommy enjoy the first piece together 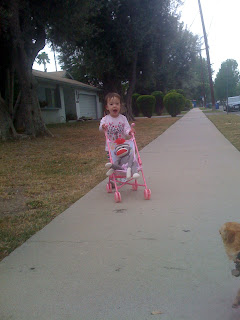 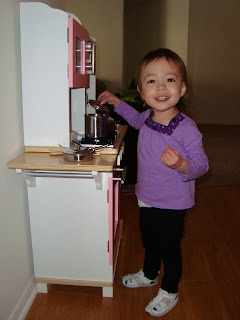 The kitchen where many delicious pretend meals have already been prepared 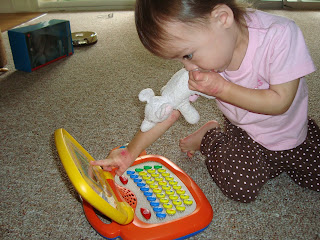 Nelly the Elephant helps Aubrey type up some thank you notes on her new laptop from “Auntie” Jennie (Now mommy needs to get crackin on the REAL thank yous!)

I have been living in L.A. since the fall of 2001 and I have been very lucky, worked very hard and so many amazing people have helped me along the way. I am one of a small percentage of people who is making some kind of living at this nutty thing called show business. But people often think that just because someone makes it onto national television or a film or two that they’ve got it made in the shade. This just isn’t the case. Even very famous people still have to hustle for work – especially nowadays. Los Angeles is a very expensive place to live and promoting oneself in this industry is not cheap either. Add single parent to the job description and it’s enough to break the bank

There are so many things I love about summer here in Southern California: jumping in the pool and stripping down at the beach, The Hollywood Bowl, eating dinner and having drinks on restaurant patios, dressing down and chilling out. Nice! But this is also the crappiest time of the year in my profession.

The entertainment industry typically slows down a bit during the summer and on top of that, I make most of my living performing at colleges and universities. Schools kind of shut down during the summer so summer is my time of financial SUCK and I dread it every year.

Last summer and this summer have and will be particularly dreadful though because they are my first summers as a single mom. Motherhood as a struggling artist in La La Land is expensive and even with child support, it’s enough to make you want to rob a bank every now and then. And now, the banks don’t even have any money, so… what’s a comedian with a toddler to do?

In the past, at least I knew how to struggle. This is a hard time for the entire country and it’s interesting to me to see so many people having to come to grips with job insecurity, loss of benefits, loss of employment, decrease in salaries, having to dip into savings and more. This is how I have lived, on and off, for my entire adult life and I wouldn’t have it any other way. An artist’s life is not for most, but I’ve never suffered too much because I’ve usually never had much to lose in the first place. My mantra has always been, “Do what you love and the money will come.” It always has and about five years ago, I started making a full time living as a performer. This is more than most performers in Los Angeles ever get to claim.

I’ve been blessed with a true calling, a thick skin and a love of frugality. Sure money stresses all of us out at times, but I guess I became a pro at not having any for so many years, that I learned not to stress too hard about it… except during the summers. I’ve made it through every year, but throwing a child into the mix took being “stressed about money” to a whole new level.

Summer of 2008 was a nightmare. I had just gotten the nerve to leave my ex in the spring, my baby was about to turn one and I had no work, no home, no bed, no couch, no crib, no dishes… you get the picture. It was bad.

Babies really do need to eat and have diapers and pediatrician appointments and clothes and car seats and and and and and. Further more, since I’m a single mom who travels for a living, with no family near by, I need a live-in nanny which means I need a 3rd bedroom, a second bathroom and, well, to pay a live-in nanny.  There are actually two people who depend on me to bring home the bacon and it DOES stress me out. It’s a lot of pressure and some days I feel like throwing in the towel and getting a “real” job. Then I remember I have no marketable skills, outside of comedy and acting, whatsoever, and I’m too old and have too many stretch marks to be a stripper, so… back to the mic I go.

If I had a dollar for every time I’ve been told my life story would make a great sit com or movie, I wouldn’t still be trying to land one. Hollywood is experiencing horrible financial woes right now and the big break is even harder to come by these days, but I’m going to keep chasing the dream. My biggest fan is 2 years old and she’s counting on me.