The awesome folks over at EA Games, the premiere name in video games, sent over some goodies a couple weeks ago and I’m finally getting around to trying some of them out.

They have some really fun family friendly games that would make great holiday gifts and several are apps so there’s no postage involved!

First off, they sent us some console games and we don’t have a gaming console, BUT the very kind and generous Nolan Gould (he plays Aubrey’s tv cousin, “Luke Dunphy” on Modern Family) has an extra Wii and is giving it to us. Aubrey will be SO SURPRISED AND EXCITED!! And I’m excited because I’ll have some new activities to keep the energetic Aubs busy and physically active indoors during these dark, blustery winter weeks. Yes, we do get coolish, windy weather here in SoCal.

First for gaming consoles or PC I’ll give you a quick list and links so you can check them out. I haven’t played these (remember, no console) but they look really fun: 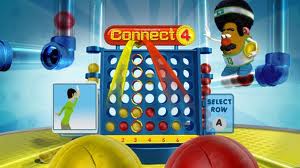 MONOPOLY Collection – available for Nintendo Wii
Hasbro’s No 1 family game is packaged in this two games in one value priced collection. Play Classic Monopoly or Monopoly Streets. You can also check out EA Games’ Monopoly versions on Facebook, iPhone, Android and Pogo.com.
ESRB Rating: “E” for Everyone

TRIVIAL PURSUIT: Bet You Know It – available for Nintendo Wii
Two different game modes to choose from with more than 7000 questions based on current event, pop culture and more. Also check out EA Games’ TRIVIAL PURSUIT games on Pogo.com and iPhone, iPad and Android apps.
ESRB Rating: “E” for Everyone

And now for the app games! We tried 5 of these apps so far and we’re hooked: 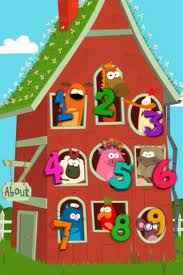 The Moogies – iPhone, iPad, iPod Touch
Targeted for children 2-5, this isn’t really a game so much as it is a silly activity for kids. A crazy cast of animal characters that do stuff that kids will get a kick out of. Aubrey is ADDICTED! It keeps her happy in the car and at restaurants and really, isn’t that 98% of the reason for having an iItem when you have a kid? Worth every cent. Enough said.

Rope Rescue – iPhone, iPad, iPod Touch
Help Rupert the parrot save baby birds in cages by connecting ropes through a series of pulleys and obstacles. This is one of those games that your preschooler will somehow be better at than you. Aubrey loves the birds!

Roll In The Hole – iPhone, iPad, iPod Touch
Guide Popo the panda through physics based puzzles to collect popsicles on his way to the portal into the next world! This game is a little to hard for Aubrey – she is 4 yrs old – as it does take motor skill precision and quick reflexes – but my boyfriend and I had a lot of fun with it. It is challenging AND adorable. (Tip: Great drinking game at a bar. Somehow seems to get more and more challenging the more you drink.)

Bop It – iPhone, iPad, iPod Touch
As annoyingly wonderful as it’s tangible counterpart, but not as easy to trip on in the dark. This is stupidly addictive and ALSO makes a great drinking game! No joke. I don’t know why they don’t market it as such. Invite some friends over, mix up the martinis and Bop It.

Some other fun family apps you may want to check out are Theme Park, Road Trippin’ and Fantasy Safari. I haven’t had a chance to check these out yet, but anything by EA Games is sure to be high quality and plenty of bang for your buck. I love theme parks, so I think I will check that one out next.

I hope you got some holiday shopping ideas for the game lovers in your life – or at least a new cocktail party theme.

You have 22 days left until Christmas and if you’re Jewish, better get crackin’. Happy Holidays and THANK YOU EA GAMES!!

Today Aubrey and I received a new Disney Mickey Mote to try out and Aubrey’s review is in!
The Mickey Mote is a preschooler remote control device that allows the viewer to interact with special Disney DVDs in a “Discovery” mode. The lucky preschooler’s parent or caretaker gets to program the Micky Mote with the DVD remote and then you are pretty much ready to get started. Also, you are able to play the interactive Discovery mode games with your regular DVD remote arrow buttons.
The Mickey Mote seems fairly simple, and not to brag, but my kid’s no dummy, so I thought she’d pick it up quickly. Aubrey is just under 3-1/2 years old and this product is being marketed to children between 2-5 years of age.
Aubrey’s first reactions:
She loved the packaging and couldn’t wait to get it out of the box!
She loved the buttons and wanted to “do the star” immediately
There were a couple issues getting started: The Mickey Mote requires 2 AAA batteries which aren’t included and I didn’t have on hand. I had to charge up our rechargeable batteries and this made Aubrey really antsy having to wait. I popped in the Mickey Mouse Clubhouse Numbers Roundup DVD but apparently I programmed the buttons in the wrong sequence because I feel the directions weren’t written in the best sequence. When we tried to answer the first questions on the DVD, it wasn’t reading correctly, so this caused a little more lag time. (see the video)
I had to reprogram it and then we had it right. By this time Aubrey had lost a little bit of interest in answering the questions and simply wanted to watch. She also wasn’t very interested in answering the questions correctly, but just wanted to click the characters or pictures she liked the best. Aubrey is a girl with strong opinions, much like her mother.
Now, before I go any further, I should mention that I have the world’s CHEAPEST DVD player. It was the cheapest one you can get at Best Buy about 2 years ago, so maybe it’s a little slower than others, but Aubrey seemed to be a little impatient waiting for the questions to load and then go back to the cartoon action. It was like a pause, then the question, then a pause before returning to the actual cartoon. I also felt there was a bit too much cartoon in between each question and the questions weren’t worded really well for a preschooler. I had to really help Aubrey understand what they were asking.
One other negative is that even though the remote is easy for little hands to hold, my 3 yr old didn’t quite understand the concept of pointing it right at the DVD player to get it to work. Once again, my total piece of doo-doo DVD player might not respond quite as well as others’ DVD players, so you might not have a problem with this, but it seemed like it didn’t work very well unless it was pointed pretty directly to the player.
Now, for the good part… it’s Disney and my kid loves anything Disney. As a test, I started out working with her, helping her answer the questions and prompting her to push the correct buttons and then I let her go and sat back to observe. Once she was doing it on her own, she wasn’t getting the answer correct most of the time, but she still enjoyed playing with it and pretending she was doing even more than just answering the actual questions.
She loves Mickey’s Clubhouse and really enjoyed watching the DVD, even if the Mickey Mote wasn’t quite up her alley. She dances and sings along to the songs and bottom line, I think this will be a lot more fun and appropriate for her several months from now. This is the first kind of “video game” she has been introduced to at home, so I think she’ll catch on with a little practice. I’m thinking four and five year olds will really get this right away and for two and three year olds, it’s something you and your child will probably have to play with together and learn as you go. Nothing wrong with that.
Just in time for holiday shopping, the new Mickey Mote will be available beginning Nov 16, 2010, packaged in a DVD Play Set with either Mickey Mouse: Clubhouse Numbers Roundup or Handy Manny: Big Construction Job. It retails for around $29.99 and the other Discovery Mode enhanced DVDs are already on the market and ready to use with your new Mickey Mote, including Handy Manny’s Motocycle Adventure, Mickey Mouse Clubhouse Road Rally, Little Einstein’s Fire Truck Rocket’s Blast Off and six additional titles.
I hope you found this review helpful and happy Mickey Moting everyone! Woohoo!
I was not compensated for this review and I did receive the product to facilitate my review. All opinions expressed on this blog are completely my own. So there.