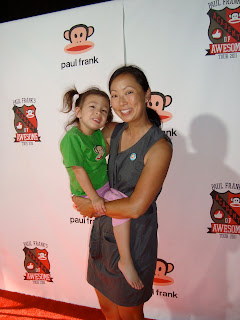 My super awesome daughter, Aubrey and my oh so awesome boyfriend, Lee and I got to attend the launch of Paul Frank’s Academy Of Awesome Tour 2011 last Saturday here in Los Angeles. The event was held at the uber hip Pacific Design Center and it really was AWESOME!


I have been a HUGE Paul Frank fan for years so it was a real treat to get to attend this event.


Activities and goodies for the evening included: 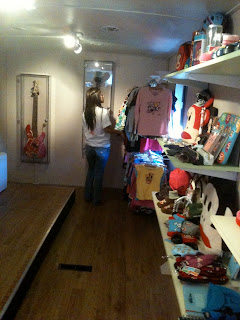 There were also coloring and temporary tattoo stations for the little ones, a cocktail lounge for the big ones, a live music stage, free ice cream from the King Kone truck, the Kalbi truck was there and they even had a Puppy Prom contest. We didn’t bring Bob Barker (our chihuahua) but we saw some pretty snazzy canines.
The Academy Of Awesome Tour 2011 continues on across the US, literally everywhere from Arizona to Wisconsin, Louisiana to New York and in between. If you’d like to get in on some of the awesome action, visit the official Paul Frank Facebook page and click on “Academy Of Awesome” on the left menu bar. You’ll find the dates and locations for the tour there.
Ciao for now my little monkeys!