Seattle And Auburn, WA This Weekend! 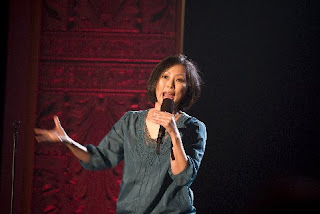 Wow! Just when I thought summer was my slow time, I’m busier than ever. Mind you, busy doesn’t always mean making money, but busy in good ways! First off, shows…

This weekend I’m returning to Seattle to headline two awesome venues in three days. Sean Ottey is featuring and good times will be had by all! Please tell everyone in Washington! I mean it… everyone!
Thurs, June 17 @ 8:30p
and
Friday, June 18 @ 8:30 & 10:30p
The Comedy Underground
109 S Washington St, Seattle, WA 98104
Buy Tickets Online
June 19 @ 7:30pm
The Auburn Avenue Theater
10 Auburn Ave, Auburn, WA
Call: 253-931-3043
or Buy Tickets Online
Last time I was in Seattle the Korean Adoptee community showed up, college friends, high school friends, extended family relatives I had never met. No joke, it was a blast! I hope for more surprises and new encounters this time around too.
July holds some local, SoCal performances and a trip to visit my jr high and high school besties in Colorado! I can’t wait. So stay tuned for more show dates and hopefully some cool announcements soon for the Mom Squad! xo